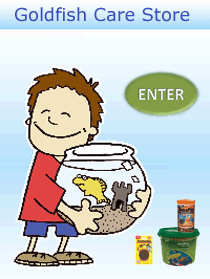 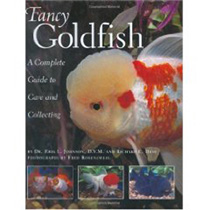 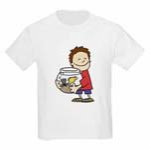 The only goldfish to have originated from the United States is the comet. The comet fish was developed by the U.S fisheries department during some time in the 1880s; at around this same time a man named Hugo Mulrett who was an American breeder developed what happened to be the same type of strain. Hugo Mulrett gave the fish its name comet. The Japanese name the fish the tetsugyo. The comet fish can be found in the reflecting pond that is present at the Mall in Washington D.C.

The comet has many similar features to the common goldfish and many would find it difficult to tell them apart. Generally the comet has more exaggerated fins and is longer and sleeker, their fins are approximately twice the size of a common goldfish. Sometimes the fins on a comet are larger than the fishes body itself and are considered to be a very attractive feature.

The comet also carries a similar metallic orange colour to the common goldfish although they also come in white (silver) and yellow and various combinations of those colours. Usually comets are metallic but a nacreous comet is not at all uncommon.

Just like the common goldfish the comet is a fantastic swimmer, is very hardy and able to withstand great temperature changes from as low as around 40F  80F, they are ideally suited to a outdoor pond or as aquarium fish. The comet is normally a tiny bit smaller than the common goldfish and will grow to around 7-9 inches in length.

Some cases have been reported that when the Comet is introduced into large ponds they can grow up to 18 inches long, weighing in around 5-6lbs and live for up to 18 years. Continue reading about other